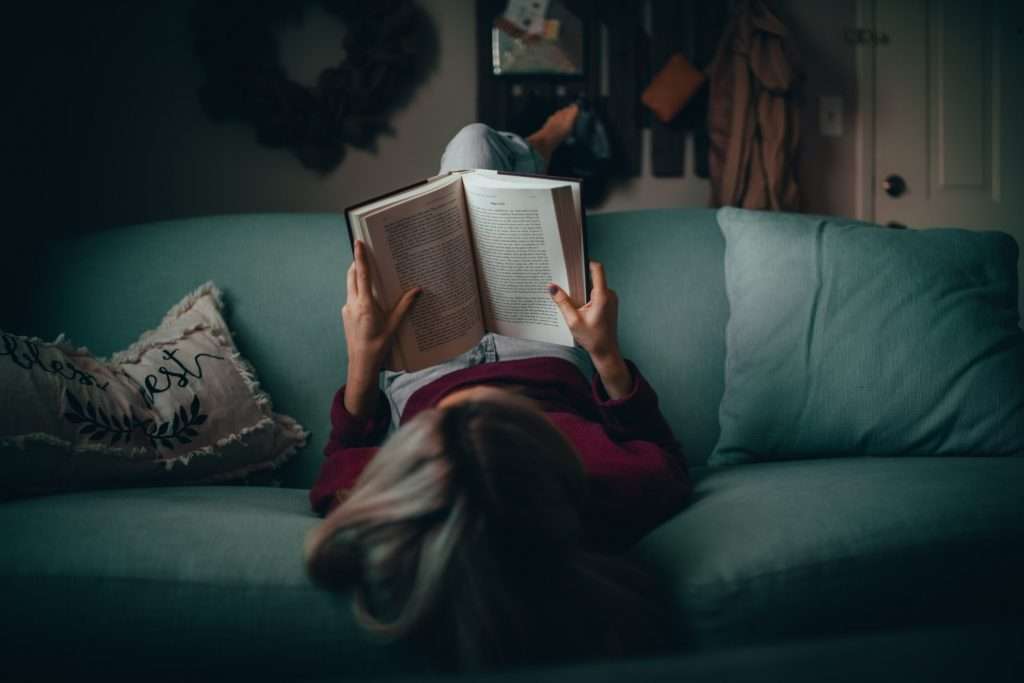 Photo by Matias North on Unsplash

The task of becoming a better ally is a lifelong endeavor that involves learning as well as unlearning. Though embarking on an educational journey such as this may seem daunting, consider that it is a privilege to learn about racism, rather than experience it. So, whether you are a race relations expert or at the beginning of your educational journey, these books provide an opportunity to not only expand your understanding of, but also continue the conversation about, systemic racism. Shop the complete list on Bookshop!

A number-one New York Times bestseller and Oprah’s Book Club pick, Caste, as explained by Oprah, “explains why we are where we are in terms of racial injustice and inequality, and it shows us how to rebuild a world in which we are truly equal and free.”

Caste is also available for purchase at Amazon, Barnes & Noble, and Apple Books.

2. The Heritage: Black Athletes, A Divided America, and the Politics of Patriotism
Howard Bryant

Focusing on the way in which sports and race intersect, Bryant’s The Heritage spotlights today’s Black athletes. As the line between politics and sports becomes more and more blurred, these athletes have engaged with an increasing number of social issues, and re-evaluated what it means to be an American patriot.

The Heritage is also available for purchase at Amazon, Barnes & Noble, Target, and Walmart.

3. The Hollywood Jim Crow: The Racial Politics of the Movie Industry
Maryann Erigha

Shedding light on the racial hierarchy that is embedded in Hollywood, Erigha’s book examines over 1,000 contemporary films in order to illustrate the mechanisms which reinforce “the Hollywood Jim Crow.” Further, Erigha studies alternative ways for African Americans to forge their own paths in a systematically flawed industry.

The Hollywood Jim Crow is also available for purchase at Amazon, Barnes & Noble, and Walmart.

4. How To Be An Antiracist
Ibram X Kendi

Take your awareness of racism and allyship to the next level with How To Be An Antiracist. Ibram X Kendi challenges your way of thinking and explains antiracism in its simplest and most complex forms.

How To Be An Antiracist is also available for purchase at Barnes & Noble, Walmart, Amazon, Hudson Booksellers, and Target.

Learn the story of Henrietta Lacks, a young Black woman who was hospitalized at The Johns Hopkins Hospital for cervical cancer. Researchers working with her cells discovered that, unlike most other cultured cells, Henrietta’s cells rapidly multiplied. Today, these cells, known to scientists as the HeLa cell line, are a foundational tool in many biochemical studies.

A New York Times bestseller, Lack’s story has had a profound impact on modern medicine and bioethics, and has even been retold as a feature-length movie starring Oprah Winfrey.

The Immortal Life of Henrietta Lacks is also available for purchase at Amazon, Barnes & Noble, and SecondSale.

6. Medical Apartheid: The Dark History of Medical Experimentation on Black Americans from Colonial Times to the Present
Harriet Washington

Learn the history of the relationship between the medical field and Black Americans. This book provides shocking accounts about the mistreatment of Black individuals in hospitals, and ignites a much-needed conversation about race and medical care.

Medical Apartheid is also available for purchase at Amazon, Barnes & Noble, and Walmart.

7. The New Jim Crow: Mass Incarceration In The Age of Colorblindness
Michelle Alexander

Open your eyes to the systemic issues within America’s prison system. From the War on Drugs to the stereotyping of communities of color, Michelle Alexander exposes layers of racial discrimination in what is, as the Chronicle of Higher Education puts it, “one of the most influential books of the last 20 years.”

The New Jim Crow is also available for purchase at Apple Books, Amazon, and Barnes & Noble.

A New York Times bestseller, this book is an honest, moving, and vulnerable recounting of Mock’s experiences growing up as multiracial, poor, and trans in the United States.

Redefining Realness is also available for purchase at Amazon and Barnes & Noble.

9. So You Want to Talk About Race
Ijeoma Oluo

In So You Want to Talk About Race, Ijeouma Oluo equips you with the tools, words, and confidence it takes to address racism in your daily life.

So You Want to Talk About Race is also available for purchase on Amazon and Barnes & Noble.

A fictional, coming-of-age story, Such A Fun Age explores issues of race and privilege while navigating the increased level of awareness that comes with each birthday.

Such A Fun Age is also available for purchase on Barnes & Noble, Books A Million, Hudson Booksellers, IndieBound, Powell’s, Target, Walmart, and Amazon.

Hear conversations about race like you have never heard them before. Author and host of a YouTube series by the same name, Emmanuel Acho creates an open, straightforward dialogue with white people to have conversations that, while uncomfortable at times, need to happen in order to dismantle the racial divide.

Uncomfortable Conversations With A Black Man is also available for purchase on Amazon, Hudson Booksellers, IndieBound, and Target.

12. White Fragility: Why It’s So Hard for White People to Talk About Racism
Robin Diangelo

Explore your own assumptions about race while becoming aware of how contentious white people can be when their assumptions are challenged. White Fragility is a New York Times best-seller that points out how white people’s defensiveness, when confronted about issues of race, actually facilitates racial inequality.

White Fragility is also available for purchase on Barnes & Noble, Books A Million and Walmart.

Explore the books on this list and find more resources for antiracism at Business Insider and Oprah Magazine.