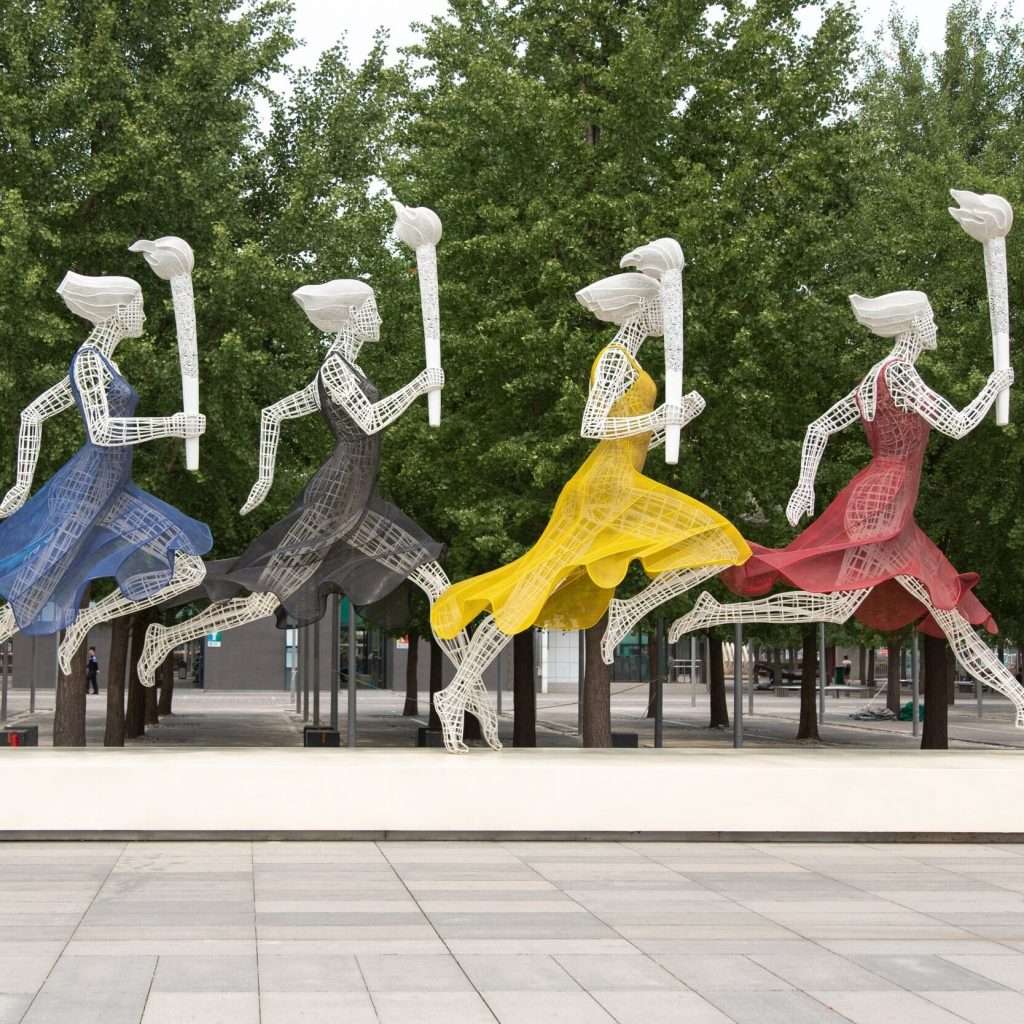 Photo by Sam Balye on Unsplash

In the history of the modern Olympics, there has never been a more gender-balanced Games than Tokyo 2020.

According to the International Olympic Committee (IOC), over 5,000 women are competing in Tokyo, making up an expected 48.8 percent of the total pool of Olympians.

This is an undeniably huge jump from the 1900 Paris Games, the first Olympics to host female athletes, where 22 women competed and encompassed 2.2 percent of all competitors.

While truly equal representation is still Games away — the IOC’s board is only 33.3 percent female (NY Times) — we can take some pride in how we’ve come since the first Games in 1896, which barred women entirely.

Let’s take a moment to reflect on a few of the Female Olympians who broke records not only in athleticism, but also in representation.

Margaret Ives Abbott was the first American woman to win an Olympic gold… but she never realized it. The games were so disorganized that Abbott thought she had won “the golf championship of Paris,” her son, Philip Dunne, says in Golf Digest, 1984 (IOC).

“It’s not every day that you learn your mother was an Olympic champion, 80-odd years after the fact,” Philip writes.

After 1900, golf was taken out of the Olympics until the 2016 Rio de Janeiro Games, where Inbee Park of South Korea scored 16 under to defeat New Zealand’s Lydia Ko. This makes Park the first and only recipient of an Olympic gold medal in the history of golf, because Abbott took home a porcelain bowl rather than a gold medal.

Fast forward to 1932, and the U.S. sees its first African-American women on their Olympic team: runners Louise Stokes and Tidye Pickett.

Stokes, nicknamed “The Malden Meteor,” was invited to the Olympic Trials after setting a world record in the standing broad jump (8 feet, 5.75 inches), and a New England record in the 100-meter dash (12.6 seconds).

But, when the Games finally rolled around, prejudice (not pace) prevented both Stokes and Pickett from competing.

It wasn’t until 1948 that the world’s first African-American woman would win an Olympic gold. In the London games, Alice Coachman broke the Olympic high jump record and was awarded her medal by King George VI. She was the only American woman to win a gold medal at the 1948 London Games (NPR).

Also, in 1948, Fanny Blankers-Koen, a Dutch runner, became the first woman to win 4 gold medals in a single Olympics… all while, according to Smithsonian Magazine, pregnant with her third child.

In 1960, the United States found another champion in Wilma Rudolf, perhaps one of the greatest athletes of the 20th century. Sprinting across the ground that Stokes and Pickett first broke, Rudolf became the first American woman to win 3 gold medals in a single Games, all in track and field. During those same Games, she also broke at least 3 world records (National Women’s History Museum).

In the decades since Rudolf’s victory, the world has seen its first woman light the Olympic cauldron (Mexican sprinter Enriqueta Basilio), its first perfect 10 in Olympic history (landed by 14-year-old Romanian gymnast Nadia Comaneci), and its first African-American to win an individual all-around event, Gabby Douglas.

This year, there will be 18 mixed-gender events in the Olympic Games: the most in history. We have made great strides to get to this place — hopefully we will continue making more, and with luck, we will keep pace with our sprinters.