Home » Susan Elwer Is Just As Inspirational As Her Apparel

Susan Elwer Is Just As Inspirational As Her Apparel 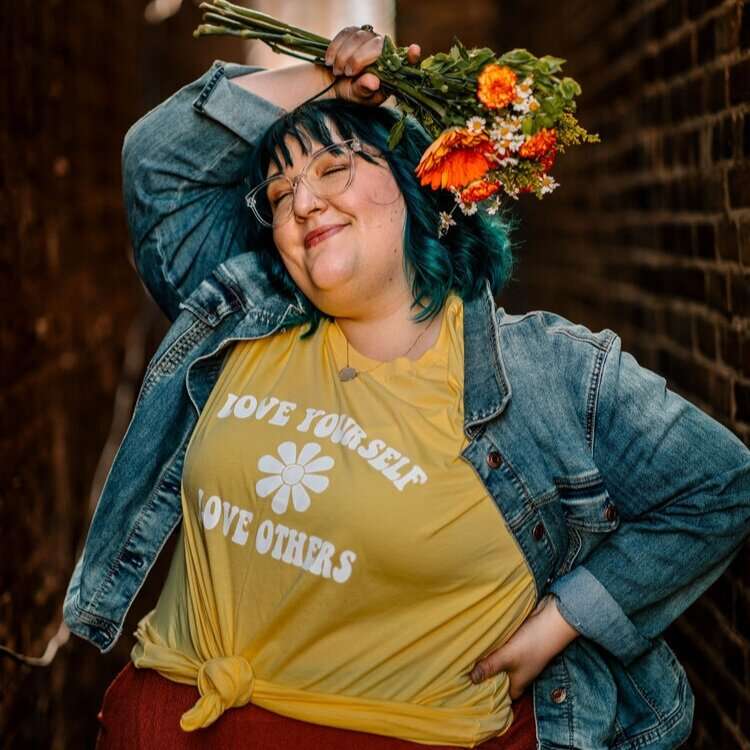 Imagine seeing someone in need. You may not know them personally; perhaps it’s a man who requires help crossing the street, or a classmate who is getting bullied. When Susan Elwer was working at a preschool, it was a young student who could not afford to eat lunch.

It has been reported recently that 1 in 6 kids may not know where their next meal will come from. Being a woman whose family grew up using welfare, Susan was deeply affected when she realized one of those children was one of her own students, and she was moved in a way that would change her entire life.

Susan left her teaching job to become the founder and CEO of Spoonful Apparel, where 50 percent of all proceeds go to organizations that fight child hunger in each customer’s community.  We had the pleasure of sitting down with Susan to discuss her journey in starting a charitable clothing company.

“I’m a very service-oriented person. I like to do for others, I like to give, so for me it’s always kind of been at my core, to just be generous with what we have.”

Spoonful Apparel is a clothing brand founded on the principles of positivity and generosity. Inspired by Susan’s love for graphic tees, the apparel contains messages of encouragement that have the capacity to resonate with not just the wearer, but also those around them.

When Susan had the idea to combine the need for encouraging messages with the need for food on a child’s plate, it was as if her life’s calling was actually at her door. But, as she tells us, the idea of leaving her job to start a business that could potentially fail was not all that appealing.

“I am not a risk-taker, I like my comfort zone. Starting Spoonful was really like that leap of faith. I needed to embrace the unknown, and that was really scary.”

When asked what Spoonful Apparel mantra she could’ve used when making the decision to leave her job in favor of starting a business, Susan replied with two messages; the first being “Be Strong and Courageous.”

A post shared by Apparel To Inspire & Encourage (@spoonfulapparel)

Click Here To Shop The Be Strong and Courageous Collection

Like so many entrepreneurs, Susan was faced with the challenging decision of keeping stability or following her life’s calling. She describes writing a list of pros and cons, noting that there were many positives and one looming concern; what if it fails?

It is a valid concern: if it does fail, what would that mean for her? Susan imagined going down that path, and she came out with a clear realization— failing at a project or idea does not equate to you being a failure. It simply means that things didn’t work out, and that’s okay! At the end of the day, it’s the experience that matters.

The second mantra that Susan could have used as she debated a major career move was  ‘“Lead by example.” When pitching the idea of selling t-shirts and raising money for kids in need with her husband, Susan’s 2 daughters were watching and listening. Susan tells us that, “at the end of the day, I would have hated for us to not pursue this, and for them, later on in life, to remember ‘mom and dad were thinking about this, but they never did it.’”

Many parents can relate to this exact feeling; we strive to be the person that our children can look up to, and when a difficult decision arises, we do not want them to back out of what could be a valuable learning opportunity. If we want our next generation to aspire for bigger and better, then we have to be that example.

A post shared by Apparel To Inspire & Encourage (@spoonfulapparel)

Click Here To Shop The Be The Light Tee

One of Spoonful Apparel’s first collections remains among Susan’s favorite mantras: “Be Strong and Courageous.” Susan recalls a time when she was selling that collection at a pop-up event, and a stranger stopped in her tracks at the sight of these words, “Be Strong and Courageous.” Tears shed from the stranger’s eyes, as these words reminded her of her late niece’s favorite bible passage.

In seeing how just a few simple words on a t-shirt could bring so much joy to a person’s day, Susan was determined to keep expanding her brand.   Today, she describes her business as a two-for-one; “You get a cute t-shirt, something that inspires you and others, and you can create meals in your community.”

“We don’t always have control over all the things that happen in our lives, but we do have a choice how we’ll respond to those situations.”

Like many small businesses, Spoonful Apparel has been affected by the pandemic. Because 50 percent of their revenue came from pop-up sales, the nationwide shutdown has created a big hit on their income. Not only did this hit affect Susan’s life, but it also raised alarm for the profits towards child hunger.

As time went on, Susan found new ways to adapt. She invested more time into expanding their online sales while looking at her business from a fresh perspective; perhaps online purchasing is the future of her brand, even after the pandemic. Even during trying times, this entrepreneur is always looking forward.

The story of Spoonful Apparel is one of inspiration, charity, and triumph. Throughout the years, Susan Elwer and her family continue to share the love throughout not just their community, but all of ours as well.