Home » Meet América Magazine: Making an Impact with the Power of Print

Meet América Magazine: Making an Impact with the Power of Print 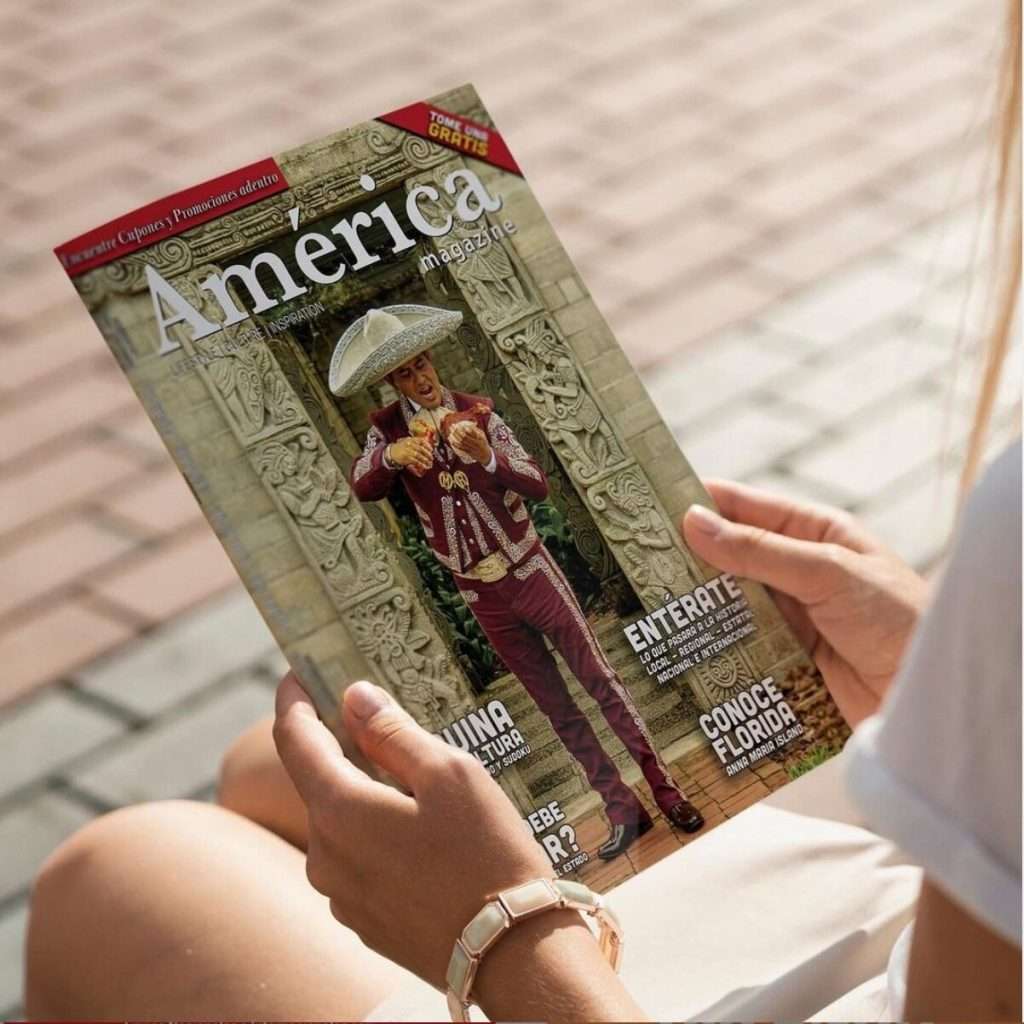 In a world that’s increasingly digital, the power of print is often underestimated, and even overlooked. But, as the digital world becomes more and more crowded with content, print ads generate a special type of traction.

“Nothing can replace print,” states Marisol Medina, co-Founder of América Magazine. She continues, “there’s a level of credibility that print gives you that [digital sources] can’t.”

According to Finances Online, 95% of people under 25 years old read magazines (Top Media Advertising, n.d.), and 82% of consumers trust print ads most when making a purchase decision (Burstein, 2017). Further, print ads drive stronger brand recall than digital ads— at 77% recall for print versus 46% for digital (Newsworks, 2020).

América Magazine uses the power of print not only to provide a space for its founders, Marisol Medina and Felipe Robayo, to live off of their words, but also to “provide a space for [the Hispanic community in Central Florida] to advertise their businesses and grow their wealth,” Marisol tells us.

Marisol and Felipe launched the monthly, bilingual magazine (printed in Spanish and English) shortly after moving to Orlando in 2019. Hoping to get in touch with the Hispanic community in and around Orlando, Marisol and Felipe began marketing the magazine around town— but it was difficult to sell the idea of a print magazine, at least at first.

“You’re selling something that people perceive to be archaic,” Marisol says. When Felipe distributed their first mockups of América Magazine to local businesses, “he got a lot of rejection. It was very hard on him, and on me.”

Still, looking back, if she could tell her younger self anything, it would be to dream bigger.

“I would go back and tell myself to really believe that this magazine can change lives, because it has,” Marisol says.

Through América Magazine, Marisol and Felipe have been able to give back to their community while simultaneously becoming immersed within it. They have had the opportunity to feature talented humans like Luis Argenis Ramírez, a Venezuelan man (pictured below, left) who builds moving sculptures from recycled auto parts, as well as José Alberto Hernández, a Puerto Rican and Colombian man who runs New Lunar Boxing Club, a non-profit that gives children in Pine Hill, FL free boxing lessons after school.

Come March 2020, Marisol and Felipe had released one of their most popular issues yet— but, soon after, the pandemic hit. “We were trying to distribute magazines but everything was shut down,” Marisol tells us. “We were pretty scared.”

Over one year later, Marisol has realized that, for their business, the pandemic may have been a blessing in disguise.

“We did what I think a lot of business owners were doing: we pivoted,” Marisol says. While their March 2020 issue was 20 pages long, their April edition was only 4: a cover, a back page, and the 2 pages inside.

Given the disproportionately high risk that the Hispanic population was faced with when the pandemic hit, and coupled with their FL county’s initial safety information being released only in English (despite the large Hispanic population), Marisol and Felipe used the power of print to spread CDC facts about what the virus was and how to protect against it— all written in Spanish.

Since then, they’ve begun printing on fewer pages, switched printers, and the magazine’s profit has grown.

“We believe in the power of print,” Marisol says.

By coupling print and digital advertisements, according to Finances Online, online campaigns become 400% more effective (Top Media Advertising, n.d.). These two pillars of marketing, digital and traditional, are exactly what Marisol is going to enlighten us about in her program with Girls Nite Live on May 19th, 2021— in Spanish!

“When you’re starting a business, it’s a very lonely moment,” Marisol tells us. “If you can talk to other people, other women and especially other Hispanic women who are doing the same, that can be very inspiring.”

If you’re a Spanish speaker who wants to learn about all the available avenues for marketing your business, click here to register for Marisol’s program.