Home » Love is Love: The History of Equal Marriage Rights

Love is Love: The History of Equal Marriage Rights 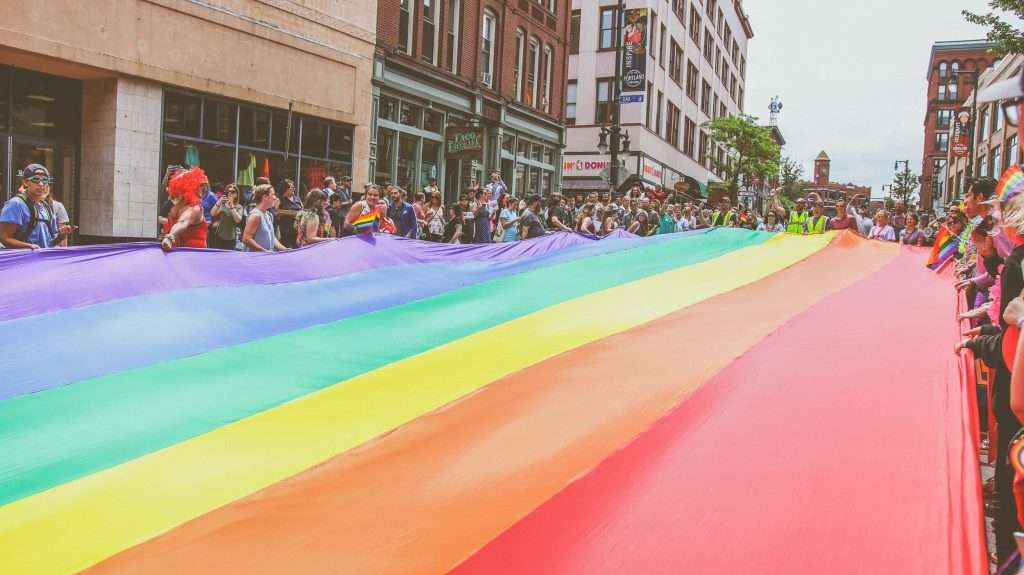 Photo by Mercedes Mehling on Unsplash

Valentine’s Day is a celebration that dates back to ancient Roman times, but the right to love freely has not always been properly recognized. It was not until over 200 years after the United States Constitution was written, on June 26, 2015, that the US Supreme Court guaranteed the freedom to marry to same-sex couples.

The road to gaining this freedom was long and winding, and it required the bravery of “countless, often anonymous heroes” as described by President Obama. One instance of multiple brave individuals coming together was on June 28th, 1970: the Stonewall Riots.

“Stonewall has been described as the Rosa Parks moment for gay rights,” says Tom Geoghegan for the BBC. He continues, saying the riots “electrified the push for gay equality.”

The 1970s was a tumultuous decade in which many brave strides toward love were made.

One year after the Stonewall Riots, on June 28, 1970, the first gay pride parade in the United States took place in New York City. Planned by grassroots activist Brenda Howard, the parade ended in Sheep’s Meadow in Central Park. In borrowing a technique from the Civil Rights Movement, the activists held a “Gay-in”: both a protest and a celebration.

History describes the first pride parade as very different from the parades we have come to know and celebrate in the 21st century. It had “no floats, no music blasting through the streets, no scantily clad dancers: this was a political statement and a test—what would happen when LGBT citizens became more visible?”

After that first parade, the pace of the movement accelerated. Three years later, in 1973, the American Psychiatric Association removed homosexuality from its list of mental disorders. In 1978,  Gilbert Baker designed and stitched together the first rainbow flag, inspired by Harvey Milk, one of the United States’ first openly gay elected officials.

Serving as a symbol of pride and hope for the gay community, the rainbow flag flew at a national March on Washington two years later, where about 100,000 people took part in what was at that point “the biggest gathering of gay people in history” (Geoghegan).

Soon after the March on Washington, in the 1980s, the movement was overcome by the AIDS crisis. The epidemic, as stated on Freedomtomarry.org, “forced non-gay people to see gay people not just as stereotypes, but as human beings who love, grieve, sacrifice and fight back.”

Despite the toll that the epidemic took on the fight for equality, the movement’s progress in the 1990s is reflected in society’s increasing acceptance of gay people throughout the decade. In 1996, Hawaii became the first state to recognize same-sex couples having the right to marry and ruled that depriving same-sex couples of marriage rights is not legally allowed.

Fast forward to May 12, 2004, and Massachusetts becomes the location of the first same-sex marriage legally conducted in the United States.

Then, in 2012, just three years before the legalization of same-sex marriage in all states, President Obama publicly supported the right to marry for same-sex couples in an ABC interview. He became the first US president ever publicly to support this right.

As the Obergefell v. Hodges ruling of the 2015 legalization of same-sex marriage states: “It would misunderstand these men and women to say they disrespect the idea of marriage. …They ask for equal dignity in the eyes of the law. The Constitution grants them that right.”

From the Stonewall Riots to the legalization of same-sex marriage, we have undoubtedly made a lot of progress in the past five decades, and that is something to celebrate. Though there is still more work to be done, we hope that this Valentine’s Day, you are able to safely celebrate love, no matter the form it takes.