Home » The Heroines of the Civil Rights Movement

The Heroines of the Civil Rights Movement 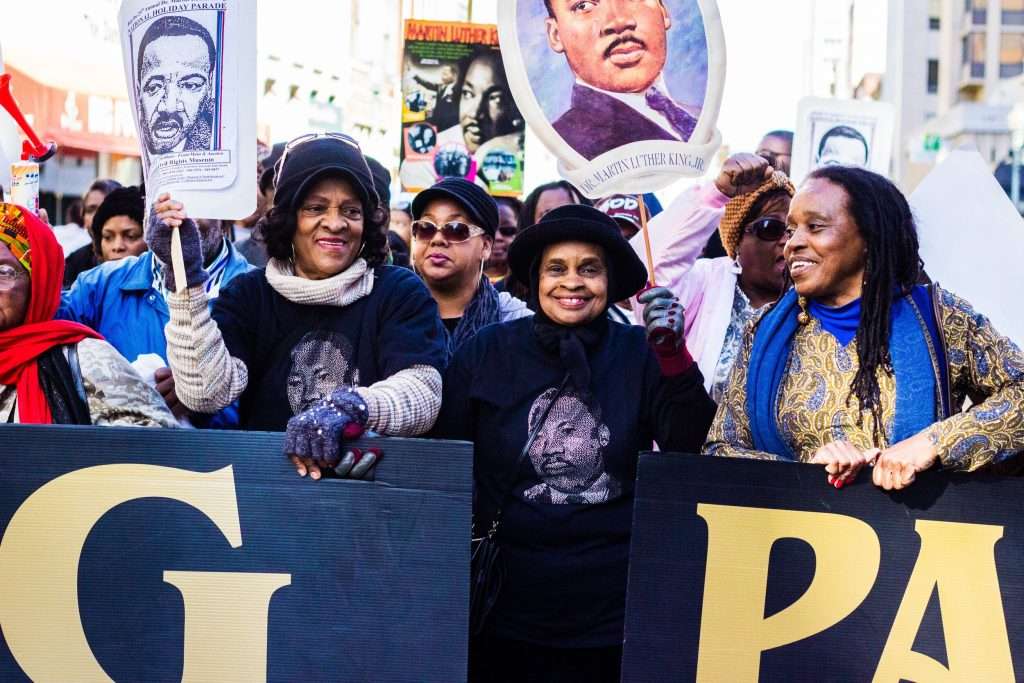 Photo by Project 290 on Unsplash

It is no surprise that, behind Martin Luther King Jr., there was an array of brave women fighting for the rights of African Americans across the United States. Here are but a few of those women.

“I have a great belief in the fact that whenever there is chaos, it creates wonderful thinking. I consider chaos a gift.” -Septima Poinsette Clark

Septima Poinsette Clark, aptly known as the “Mother of the American Civil Rights Movement,” started citizenship schools, which focused on teaching adults how to read so they could pass voter-registration literacy tests. Teacher, education advocate, and member of the NAACP, Clark received the Living Legacy Award from President Jimmy Carter in 1979 for her contributions to the Civil Rights Movement.

“No man or woman who tries to pursue an ideal in his or her own way is without enemies.” -Daisy Bates

Daisy Bates is known as the guiding force behind the Little Rock Nine, as she guided nine Black students to enroll in an all-white high school. Bates was president of the Arkansas chapter of the NAACP and fought relentlessly to end segregation in public schools.

“Greatness is not measured by what a man or woman accomplishes, but by the opposition he or she has overcome to reach his goals” -Dorothy Height

In 1994, Dorothy Height was awarded the Presidential Medal of Freedom for not only her contributions to the Civil Rights Movement, but also women’s rights. Height was a key player in organizing the 1963 March on Washington and in 1971 helped to found the National Women’s Political Caucus.

“I was not afraid, for some reason. I was a daredevil, I guess” -Maude Ballou

Maude Ballou was MLK’s personal secretary and right-hand woman from 1955 to 1960. Her work required incredible bravery. History.com notes that “in 1957, she was listed as number 21 on the Montgomery Improvement Association’s list of ‘persons and churches most vulnerable to violent attacks.’” But, that never stopped Ballou from completing her work. Ballou was a mother, teacher, and program director of the first black radio station in Montgomery, AL.

“We will not stop. There is only one outcome.” -Diane Nash

Diane Nash was a prominent student leader in the Civil Rights Movement. She led the Selma Voting Rights Movement, helped found the Student Nonviolent Coordinating Committee, and was a member of the Freedom Riders.

“I’d like my grandchildren to be able to see that their grandmother stood up for something, a long time ago.” -Claudette Colvin

Claudette Colvin was a plaintiff in Browder v. Gayle, the case responsible for overturning bus segregation in Alabama. In 1955, at age 15, Colvin found herself asked to give up her seat on a bus for a white woman. When Colvin refused, she was arrested. Her heroic actions paved the way for young women everywhere to stand up for their civil rights.

“People the world over should know that any group, if given equal opportunity in education, employment, civil rights, and the like, can be desirable citizens anywhere, with as much to offer as any other group.” -Jo Ann Robinson

Jo Ann Robinson was the woman behind the 1955 Montgomery bus boycott. Following Rosa Parks’ arrest, Robinson distributed upwards of 50,000 flyers to African Americans calling on them to boycott city buses. Thanks to Robinson’s tireless work, an era of nonviolent protests was sustained throughout the Civil Rights Movement and beyond.

“Struggle is a never-ending process. Freedom is never really won, you earn it and win it in every generation.” -Coretta Scott King

Coretta Scott King worked beside her husband through the Civil Rights Movement, from the  Montgomery Bus Boycott of 1955 to the passing of the 1964 Civil Rights Act. After her husband’s death, King continued working toward her husband’s goal of equal justice for all. She fought for fifteen years until, in 1983, President Reagan recognized today, Martin Luther King Day, as a national holiday.

The information about these AMAZING women was obtained from History.com, One.org, and Biography.com. Click on these links to learn more about these women and so many other women who played key roles in the Civil Rights movement.