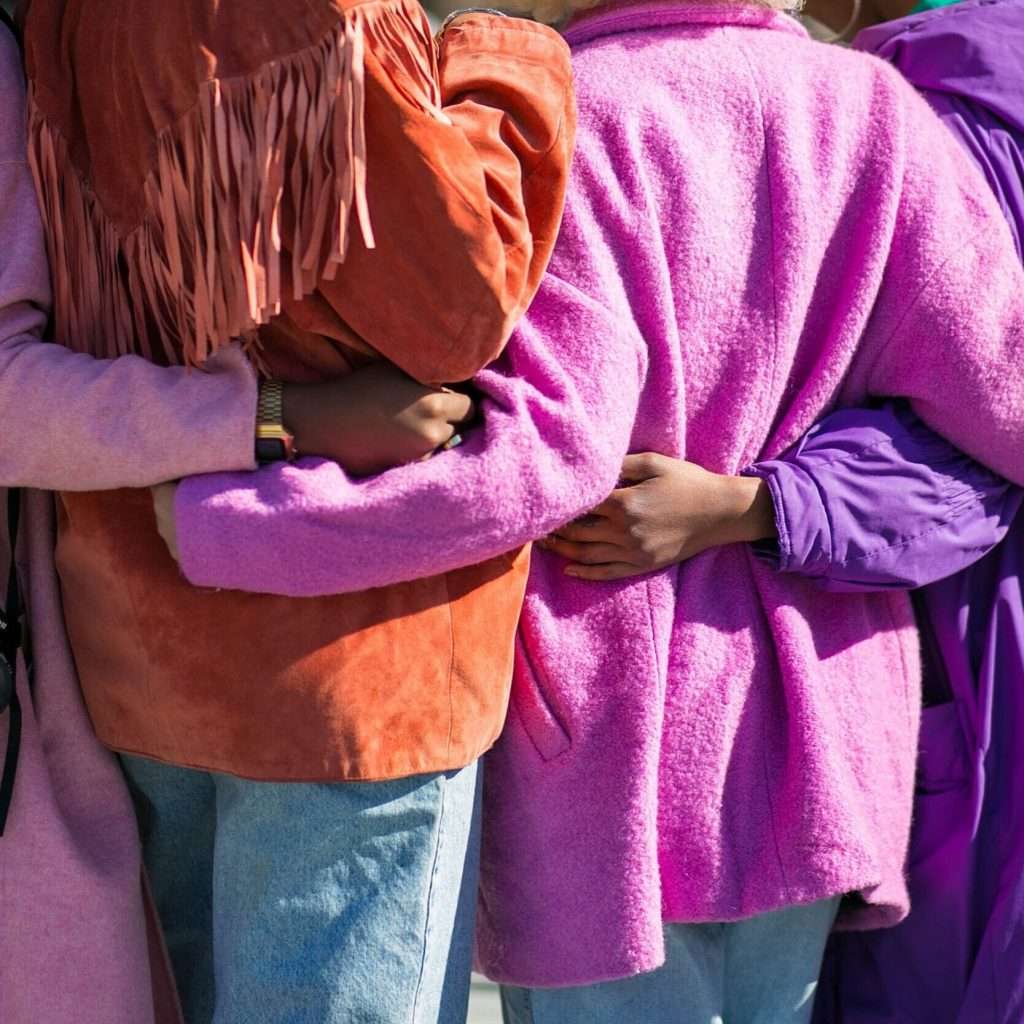 Photo by Vonecia Carswell on Unsplash

As we know well at GNL, friendships with other women are what carry us through life. But, like any relationship, friendships are work; good work, but work nonetheless.

What begins as a playmate at recess doesn’t always translate well into our teens.. Then, in high school, friendships that have lasted through at least 8 years are now tested. Why? Finding that special love!

Nothing can break up a friendship, at least temporarily, like infatuation or desire. Sometimes these relationships last for a lifetime, and girlfriends become friends with all the couples. Most often though, the infatuation is just that. The break between the friends heals and they realize that their friendship is worth sustaining.

As adults, many women manage to maintain strong connections with their true friends from childhood, a testament to the strength of the bond.

Because time, work and distance can work against maintaining a friendship, the relationship requires continued effort, much like a garden. If you don’t care for a seedling, it won’t grow — nor will a friendship. Friends are not acquaintances. Friends require nurturing, and what we gain is unconditional support, truth and love.

Here is a very small selection of books about female friendships. Some are historical while others are more contemporary. Some use humor, some have facts, some are poignant, but all are just really good reads. We at GNL hope that you will enjoy them.

“‘Happily Ever After’ wasn’t supposed to come with a do-over option. But when my husband of 20 years packs up and heads for greener pastures, and my son heads away to college, that’s exactly what my midlife becomes.” Jessie, the divorced woman of this story, finds a lifetime of adventure and friends when she becomes the caretaker of “Ivy House”. The magic of the house, the crazy friendships and added adventure to her life all create magic for the reader in this fantastical, relatable story for women of a ‘certain’ age.

Fannie Flagg ~ Fried Green Tomatoes at the Whistle Stop Cafe
Here is a book about female friendships as told through the recollections of Ninny Threadgoode. There are many colorful characters, and the stories, which Ninny shares with great detail and relatability; all are about her early life in Whistle Stop, Alabama during the Great Depression.

Khaled Hosseini ~ A Thousand Splendid Suns
Two Afghani women, one much older than the other, are the wives of an abusive husband who only wants a male heir. The support they provide to each other becomes a friendship. This friendship becomes their bulwark against so much pain — Rasheed, the Afghan war against the Soviet Union, and the ultra-conservative, Taliban driven society in which they struggle to survive.

Susan Mallery ~ The Friendship List
Ellen’s best friend Unity puts together a list of things for both of them to do together – The Friendship List. The reason for the list is that Ellen is stuck in one of life’s ruts, and Unity hopes that the completion of the list will pull her out. As they go through the list, they both recognize that a full life is one of joy and struggle, and friendships that are around for it all.

Liane Moriarty ~ Big Little Lies
It is a simple school night, trivia fundraiser where friends and foes alike have too much to drink. Then someone falls from a balcony, but who? Was it an accident or a murder? Why did it happen? In the small Pirriwee Public School’s community, everyone has an opinion. As the story goes back in time, the reader becomes aware of all of the social undercurrents — marriages, divorces, abuse, bullying, past traumas — and oh so aware of all of the ‘little’ lies we tell ourselves and others to get by.

Lisa See ~ Snow Flower and the Secret Fan
This is an elegant historical novel about the friendship between two women, Lily and Snow Flower. When Lily is an 80 year old matriarch in a village in Imperial China, she writes her final journal, reflecting on her life, and her friendship with Snow Flower. The story of their long friendship unfolds in the journal, written in a secret language (nu shu) created by and for women only. After many years there is a break in their friendship because of their status, high vs. low, in the community, where a woman’s worth and place in Imperial China was dependent upon who they married.

Aminatou Sow & Ann Friedman ~ Big Friendship: How We Keep Each Other Close
Sow & Friedman define “Big Friendship” as “a bond of great strength, force, and significance that transcends life phases, geographical locations, and emotional shifts”. The authors have been best friends since 2009 when they met at a friends’ party. Many readers will recognize them from their podcast Call Your Girlfriend. This engaging book examines “Big Friendships” mainly through the lens of their own friendship, and the many strengths and foibles they’ve worked with to keep it going.

Sally Thorne ~ Second First Impressions
“Two ancient old women residing at the Providence Retirement Villa seek male assistant for casual exploitation and good-natured humiliation. Duties include boutique shopping, fast-food fetching, and sincerely rendered flattery. Good looks are a bonus—but we aren’t picky.” This ad is the perfect coverup for two elderly women in their quest for the ‘perfect guy’ for their young friend Ruthie, the building’s receptionist. Many boys leave in fear, until Teddy.

Nicole Zangara – Surviving Female Friendships: The Good, The Bad, and The Ugly
Women, like men, fall into friendships because of mutual commonalities.  Keeping friends for an extended period requires reaching beyond these as circumstances mutate and other people are thrown into the mix. Nicole helps the reader to explore female friendship through stories which she has heard from other women, as well as her own friendships. Often humorous and always engaging, this book literally reveals all that is mentioned in the title. What you will gain from reading the book is a greater understanding of how you can hold your friends close.