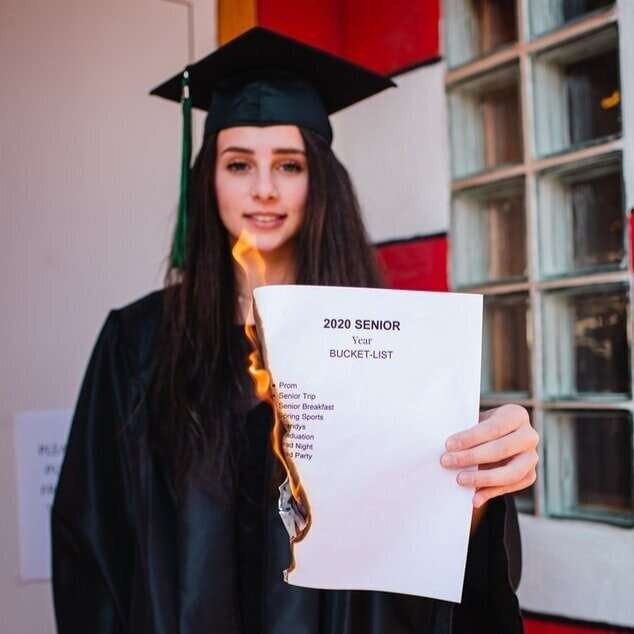 Photo by Lee Chinyama on Unsplash

Graduating from college is no easy feat, global pandemic or not.

To help you celebrate and reflect, we compiled a list of the most inspiring, funny quotes from female comedians’ commencement speeches.

We hope that you find inspiration and smiles from them all.

Issa Rae
“I can’t imagine having to muster up the enthusiasm, much less the strength, to
finish getting my degree while the  world was falling apart around us. But, you f****in’ did it.”
–Issa to Stanford Class of 2021

Maya Rudolf
“Now go make your parents proud and figure out how to end global warming.”
–Maya to Tulane Class of 2015

Maria Bamford
“To receive an invoice is to know that you are alive.”
Plus, another gem:
“Don’t F it up. Or, if you’re like me, do. And keep trying.”
–Maria to University of Minnesota Class of 2017

Ellen Degeneres
“Life is like one big Mardi Gras. But instead of showing people your boobs, show people your brain.”
–Ellen to Tulane Class of 2009

Lisa Kudrow
“I think it’s always a good move to listen to that inner voice… if it doesn’t lead to a crime.”
–Lisa to Vassar Class of 2010

Amy Poehler
“Make big choices early and often.
Don’t start a scene where two people are talking about jumping out of a plane. Start the scene having already jumped.”
–Amy to Harvard Class of 2011

Kristen Bell
“When you lead with your nice foot forward, you’ll win. Every time.”
–Kristen to USC Class of 2019

Whitney Cummings
“Be careful what you give your attention to, because time goes by so fast, and it waits for no one.
If you don’t believe me, Google the kid from Two and a Half Men.”
–Whitney to UPenn Class of 2015

Because ‘21 Grads have been through the most, GNL is hosting a week of career-building events to give you a leg-up as you begin your career.

To top it all off, end your week with a cathartic night of stand-up comedy.